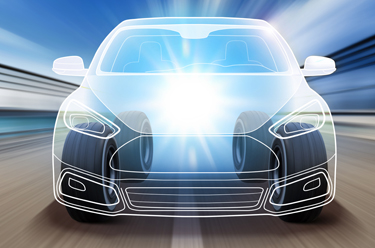 If you took a service technician from 1955 and transported that person to 2021 they would be amazed, and frightened, by the level of technology in today’s cars and trucks. Even today’s technicians are surprised at how interconnected all the systems are. Systems that you would not expect to share data do so with frequency. Lots of frequencies. So many that it Hertz (Yes, pun intended).

Here are some examples from the ALLDATA archives that might surprise you. If my calculations are correct, when we hit 88 miles per hour, you’re going to see some serious stuff.

Wait, there are inflatable cushions?

Yes, and not only that, but on some vehicles, the position of the driver’s seat affects the rate of deployment of the driver’s airbag. Consider this “Principles of Operation” excerpt from the 2014 Ford Expedition service information: “The seat track position sensor indicates to the RCM (Restraints Control Module) the position of the driver seat along the seat track. The sensor detects the presence of a shunt bracket on the track, indicating that the seat has moved forward beyond a certain point of adjustment. The RCM (Restraints Control Module) uses this information (and other information) in determining the deployment rate of the dual-stage driver air bag module.” So, where you put the seat can make the boom louder. 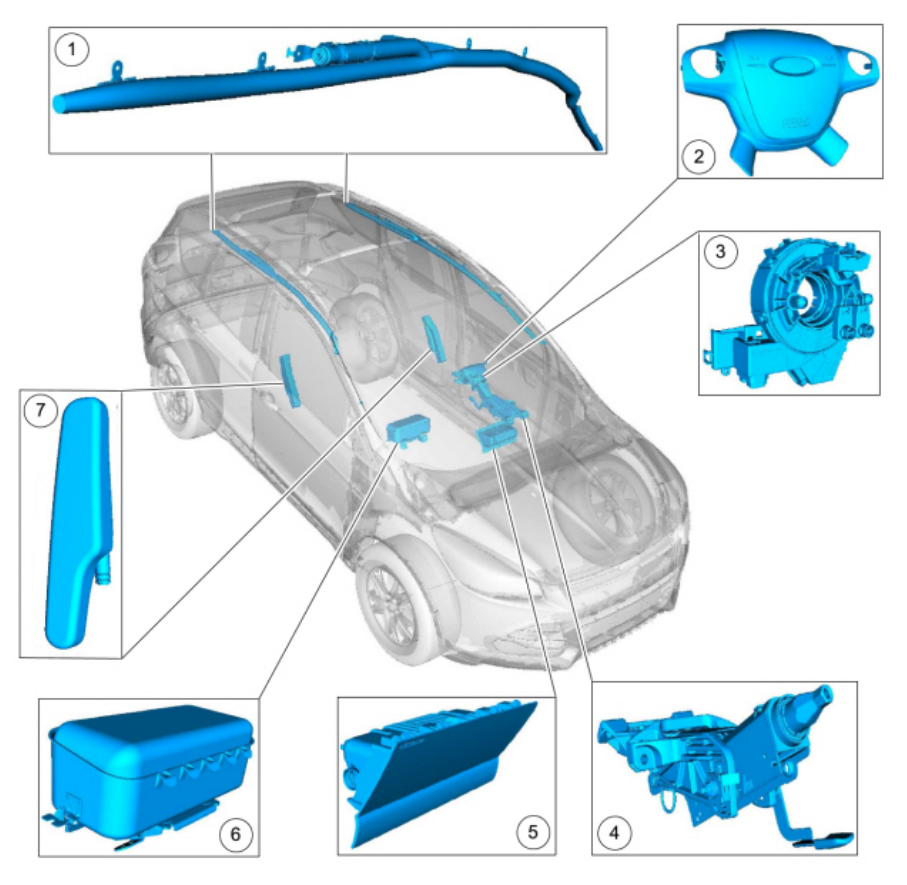 The seats know when the car is making a turn?

Massaging seats have been around for years but in the early 2000’s BMW 7 series sedan took the Shiatsu seat to a new level. Fluid filled bladders in the driver’s and front passenger’s seats are filled and emptied in a rhythmic fashion relaxing the back and making you forget about the monthly payment. But such action during a spirited turn would be disconcerting to the driver and front passenger and might cause them to spill their Grey Poupon. Therefore, high lateral acceleration interrupts the massage and firms the edge of the seats, holding you tighter than you thought a car could (or should). The Yaw Rate Sensor communicates the tight turn to the active seats via the CAN BUS network because having a Yaw Rate Sensor only talking to the Vehicle Stability Control system is so déclassé.

Why did the Air Conditioning blower slow down during my phone call?

Our 1950’s technician would be astounded to learn that today we can make phone calls from our wrist, Dick Tracy style. But today’s technician might be a bit surprised that the Bluetooth hands-free system can talk to the HVAC automatic temperature and blower control. On several trim-levels of the 2019 Hyundai Sonata placing a phone call will cause the blower to move to a medium-low speed. Why, you ask? Reducing fan speed ensures that the noise of the blower doesn’t interfere with your most important calls, such as those to DoorDash or Uber Eats.

On that same Sonata, turning the windshield wipers to any setting other than off will cause the headlights to come on. This improves your visibility in daytime rain, which is helpful for those oncoming cars whose drivers are otherwise occupied with their cell phones.

In the never-ending quest to improve fuel economy, shutting off engine cylinders has been part of the landscape for years. Remember the V8-6-4 from 1981? Or are you trying to forget?

In the 2005 model year, Honda offered a V6 that morphed into a V3 to save fuel on the highway. The cylinder deactivation process is typical by modern standards, but Honda determined during development that a 3-cylinder minivan that vibrated and sounded like a Geo Metro would probably not be a big seller.

Here’s the description of how they reduced the vibration: “The active control engine mount (ACM) system decreases engine-to-chassis vibration at low rpm and when the engine is in cylinder pause mode. The system includes conventional, liquid-filled engine mounts that absorb vibration. In addition, the front and rear engine mount contains an actuator that cancels engine vibration by producing a counter, or reverse vibration.” That actuator pushes back when the engine vibrates. Engine moves one way; the engine mount moves the opposite way. Net result: low vibration during 3-cylinder operation. Think sine-waves with equal and opposite waveforms cancelling each other.

The factory audio system talks to the PCM and changes radio volume when you drive faster just like a lot of cars do. But, even when the audio system is OFF, it generates sounds through the speakers that convince the driver that nothing is amiss or missing through active noise correction.

But what about that noise during 3-cylinder mode? Sine waves play a part here, as well. The factory audio system talks to the PCM and changes radio volume when you drive faster just like a lot of cars do. But, even when the audio system is OFF, it generates sounds through the speakers that convince the driver that nothing is amiss or missing through active noise correction. Some carmakers have taken that sound-shaping a step further by using the car audio system to make a 4-banger sound more like a V8.

The radiator is an emissions component

Some say that today’s cars are so emissions-friendly that the air behind them is cleaner than the air in front of them. Nowhere was that truer than in vehicles equipped with the PremAir® radiator. This normal- looking fluid-to-air heat exchanger has a thin film of super-secret catalytic coating that converts up to 75% of ground-level ozone into people-friendly oxygen. While Volvo was the first to use this technology in late 1999, a few other carmakers used this system. When the PremAir® Direct Ozone Reduction (DOR) radiator on some 2006-2011 Mitsubishi models is replaced, care must be taken to make sure that the new radiator is also a DOR unit with a special sensor permanently attached. If you choose to put a non-DOR radiator in these vehicles expect the Malfunction Indicator Light (MIL) to be illuminated forever.

As the high-tech vehicle market charges on, we will see more integration of current networked systems as well as further tie-ins between our vehicles, cell phones and smartwatches. Many cars already know when you have left work and will offer to plot your trip home on your phone.

What they come up with in 60 years is anyone’s guess, but for me, I simply want to build a time machine out of a compact sedan and go back to 2019.