At ALLDATA’s Tech-Assist center, hardly a day goes by that we don’t hear about a slew of automotive problems caused by low system voltage.

It is extremely important that the battery be tested every time a vehicle comes into your shop. To not do so is to risk a dissatisfied customer and, potentially, vehicle damage.

There are multiple ways to test a battery. Some work well, some only get part of the job done, and some can mislead a technician. In this article we will look at some different methods and their advantages and disadvantages.

While there are several battery construction methods, lead-acid “wet-cell” and absorbed glass mat (AGM) batteries are the two most commonly used in automotive applications. Lead-acid has been around since 1859 and is the most popular. AGM has been in automotive use since the 1980s and is growing in popularity, especially for “start-stop” vehicles since the AGM battery will bounce back to full potential quicker than lead-acid batteries. AGM batteries are also superior when installed in vehicles that are exposed to heavy vibration or extreme cold.

Lead-acid can leak and must remain upright. AGM batteries are non-spillable and can be mounted in any position. All batteries should be securely mounted in the proper location for both safety and for longer battery life.

Charging a lead-acid battery should be done with training and a good battery charger with microprocessor control of the charging process. Cheap chargers can do more harm than good.

Due to the sulfuric acid in the electrolyte, the lead-acid battery is prone to sulfur coating the lead plates inside the battery case. We call this process “sulfation.” 80 percent of battery failures are related to sulfation.

The cause of this harmful sulfation can be traced to:

The best battery in the world won’t work well if the connections are poor or the cables have internal corrosion. Battery terminal ends must have a solid connection to the posts and to the wires. Acid leaking from the battery case can travel inside the cable insulation through capillary action. The wire may look good on the outside but may have deep corrosion inside the insulation. 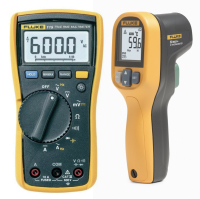 Voltage drop testing with a Digital Volt Ohm Meter (DVOM) and loaded wire testing will reveal poor connections or damaged wire (see WHAT’S LOAD GOT TO DO WITH IT? article). If the circuit in question is carrying more than 20 amps, a poor connection will produce measurable heat when the circuit is activated. A careful touch test, or an infrared thermometer, will point out such bad connections.

Be aware that the modern vehicle’s charging system is NOT designed to charge a deeply discharged battery. Jump-starting a dead vehicle and letting the alternator charge the battery will damage the vehicle charging system and the battery. Instead, remove the discharged battery and charge with a quality battery charger that performs a three-step charging process: initial high-rate charging, absorption charging at a declining rate, and finally, float charging at less than 1 AMP.

Jump starting also carries a risk of voltage spikes and reverse-polarity hookups. If a donor-vehicle is used, it too may be damaged.


If the battery passes this three-step test you can return it to service, confident that it is up to the task.

I cannot stress enough the importance of determining early in the diagnostic process the health of the battery and the battery connections. I’ve witnessed too many vehicle problems that were solved by replacing the battery, cleaning the connections, and repairing battery cable corrosion damage. I am confident that if you employ the inspections listed here, you will fix more vehicles more effectively.