Today, the number of screens people will interact with is more than at any other time in history. From smartphones to computers, and tablets, there is no shortage of technology for us to have to keep an eye on. However, there is one more medium adding another screen consumers have to pay attention to. In recent years, most car manufacturers have installed infotainment touch screens to provide consumers with the ability to connect their smartphones, access music subscription plans, utilize navigation systems, and a variety of other options. 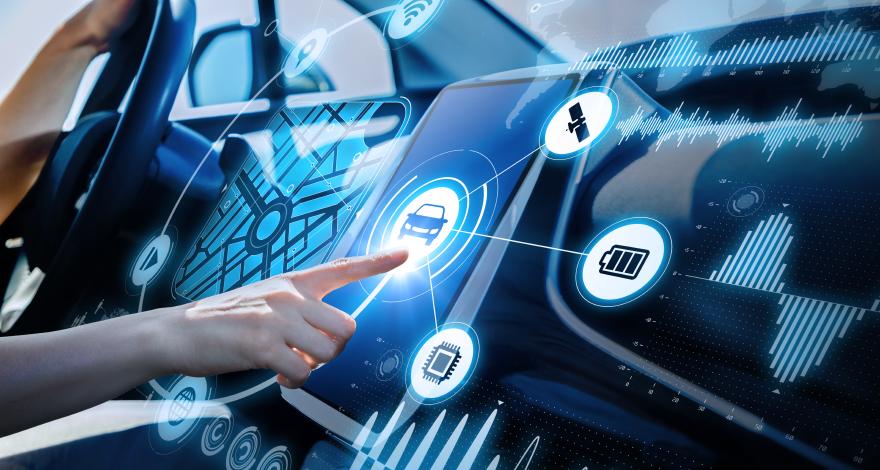 On newer cars, the screens are also the place for backward camera footage, a valuable safety feature but another thing to pay attention to nonetheless. While some advancements are what manufacturers think consumers are looking for, is this new era in the automotive industry spurring a trend of too much technology?

The Effects of Gadget Fatigue

… it is worth mentioning that more tech is likely to come into the automotive industry. Since autonomous vehicles are a feature that many manufacturers are pursuing, complementary technologies are now being discussed.

Heavy technology usage has been linked to a lot of health issues and disorders. However, this has not stopped other industries from increasing the amount of technology used in daily life. Consumers are responding by entering a phase known as gadget fatigue, which happens when users become indecisive and overwhelmed when selecting technological and digital gadgets. Overall, this has become a problem. A survey by Accenture revealed that consumer technology demand is slow among all traditional categories and that price and security concerns are turning people away from the adoption of technologies a part of the Internet of Things. Since cars are increasingly becoming connected to networks, they would be a part of this group. What are the current trends that could be turning consumers off?

Turning a Car into a Marketplace?

There are a variety of distractions we bring into the car every day, but now consumers are being given another factor to battle. General Motors recently announced that new Chevy, Buick, GMC, and Cadillac cars would soon have a marketplace application that would allow drivers the option to pre-purchase items like coffee, gas, and food. The purpose is to bring convenience to the driver, but this movement into in-app purchases that occur in the car does bring up some issues. The first is security, for this to happen drivers would have to input their credit card information to allow for seamless purchase. Are vehicle networks secure enough for this to happen? Also, while the intent is probably for drivers to purchase items while parked, the reality is that this might not always occur, making this an extra distraction for drivers.

According to Huffington Post, the general price for repairing any part of a collision avoidance system can be approximately $1,000.

While this is likely a far way off, it is worth mentioning that more tech is likely to come into the automotive industry. Since autonomous vehicles are a feature that many manufacturers are pursuing, complementary technologies are now being discussed. A mapping startup named Mapbox is developing augmented reality navigation systems that allow drivers to see navigation directions in front of them. The capability will also extend to mobile phones. Again, there is a general issue of distraction. If this technology begins to accompany vehicles that have not yet hit full-level autonomy, drivers will have to look at their phone screens to participate in this type of navigation bringing in the distraction factor of a second screen.

The Problem of Distraction and Affordability

New cars include features such as vehicle navigation systems, lane and park assist, and in-car voice command capabilities are meant to help drivers. However, studies are revealing that new technologies might be doing more harm than good. According to a study by the MIT Agelab, drivers who use voice commands to interact with car navigation systems, or fumble with their USB-connected music devices are more likely to cause drivers to take their eyes off the road than conventional methods. No matter how many safety parameters are installed, if the features are presented on the screen, drivers will have to look, taking their eyes off the road.

Another issue that arises as a result of the inclusion of newer technologies is price increases. If more elaborate tech features are being added to cars, it is likely that the cost to maintain and repair them will be high. According to Huffington Post, the general price for repairing any part of a collision avoidance system can be approximately $1,000. If a backward camera is damaged in an accident, costs to replace it can range from $500 to $1,000 depending on the brand of camera and the amount of labor involved.

No one can deny the increase in safety and convenience technology can provide, however manufacturers and dealers need to be aware of the issues associated with these instruments and how to address them in the future.