Diesels have historically had an image problem. They’ve been known to be smelly, slow, and polluters of the air. But when the smoke clears, the truth is that the modern diesel can be clean (and still be powerful). Cleaning up diesel’s act needed some help… help that came in the form of diesel exhaust aftertreatment systems.

Now that these systems are common, and they are making their way from the dealers to auto techs everywhere

All internal combustion engines produce pollutants such as CO2, CO, HC, and NOX. Diesel exhaust, when untreated, also contains significant amounts of particulate matter (PM). Regulations enacted worldwide required significant reduction in all diesel pollutant levels beginning in the mid-2000’s. For the US Market, the major emission reductions were implemented during the 2007 Model Year (these stringent emission limits applied to diesel engines built after January 1, 2007). Dramatically lowered levels of PM were primarily accomplished by diesel exhaust aftertreatment systems. Now that these systems are common, and they are making their way from the dealers to auto techs everywhere, it would be good to review the basics of how these diesel exhaust aftertreatment systems work, how they can fail, and the effects of failures.

While devices like Exhaust Gas Recirculation (EGR) aim to reduce the formation of pollutants during the combustion process and Crankcase Ventilation Systems prevent crankcase vapors from reaching the environment, diesel exhaust aftertreatment systems aim to reduce pollutants after they are produced.

And the system is chock-full of sensors to confirm and regulate proper operation.

An exhaustive look at the exhaust components

While the DOC is not much different than the two-way catalyst on a 1977 Chevy Impala V8, the SCR is very different in construction and function than a typical catalytic converter. The SCR only reduces NOX and it cannot perform that function without the Diesel Exhaust Fluid (DEF) spray at the inlet side of the SCR.

The DEF solution spray vaporizes and decomposes to form ammonia and carbon dioxide. When the ammonia vapor is introduced to the NOx gas, it converts it to a harmless nitrogen and water by product. DEF is the reactant necessary for the functionality of the SCR system. It is a carefully blended aqueous urea solution of 32.5% high purity urea and 67.5% deionized water. FYI, the DEF fluid is from the same family as urea fertilizer and bovine urine. But don’t try to collect your own fluid to save money. It won’t be of proper purity or concentration and therefore will not work. And you may get hurt in the process, and that’s no bull.

DEF needs to be properly stored in a cool, dry, well-ventilated area out of direct sunlight. At room temperature DEF can be stored for two years. Keep it between 10°F and 90°F/-12°C and 32°C and it will last at least a year. Let that temp rise beyond that point and DEF shelf life drops. So don’t buy a two year supply at Costco or Sam’s Club and store it in a Phoenix garage. Unlike some bakery goods, DEF does have a date code on it. 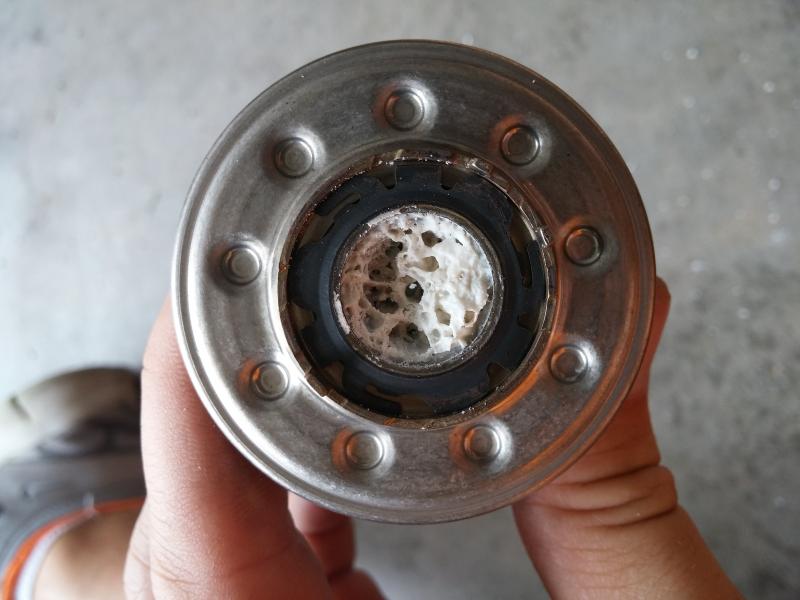 To keep someone from putting diesel in the DEF tank, the standard nozzle diameter for dispensing DEF has been designed at 19mm versus the standard diesel fuel nozzle diameter which is 22mm. In addition, the tank cap for the DEF tank will be blue to further differentiation from the diesel tank. However, as you might expect, the reverse has happened several times. Putting DEF in the diesel tank will result in engine stoppage and a very expensive repair bill.

Problem areas of the DEF system include the DEF reductant pump, the tank heaters (DEF won’t flow if it freezes – and it will freeze at 12°F/-11°C), and the spray nozzle which can clog up with crystalline DEF. Either issue will cause DTCs and continued driving with DEF issues can put the vehicle into several levels of reduced power; the final level of reduced power will result in a top speed of about 5 MPH/8 KPH.

So, keep that DEF tank full of fresh DEF and don’t get into a DEF jam. 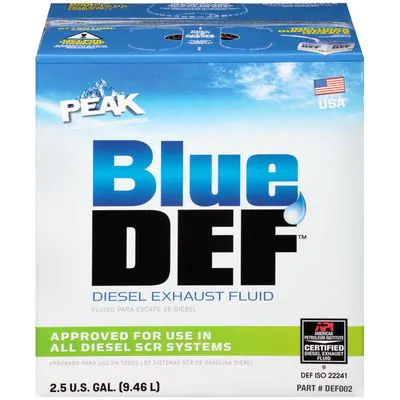 The last stop for the exhaust

PM reduction is an important part of the current diesel emission standards. Some of the particulates are reduced by precise control of fuel mixture, injection timing, and exhaust temperature. The PM that makes it past everything else hits the Diesel Particulate Filter (DPF). That amazing piece of engineering can remove more than 90% of particulate matter, or soot carried in the exhaust gases with a filter substrate consisting of thousands of porous cells that trap the bad stuff. And it keeps on being amazing right up until it starts plugging. To prevent plugging and the trouble codes and power loss that can result from plugging, the system will go through regeneration or “burn-off” of the soot loading in the DPF.

The ECM/PCM monitors the amount of soot trapped in the DPF. Too much soot plugs the exhaust, triggers DTC’s, and if allowed to degrade too far will cause the vehicle to go into a reduced power mode.  On a scan tool you can see this soot accumulation expressed as either grams or percentage. When the number gets too high for the good of the system, the ECM/PCM will raise the temperature of the DPF through strategies such as extra fuel injected into the exhaust via an “extra” injector or through changes in injection timing, and in some stationary-engine cases, electric heating elements. The elevated temperatures burn away the soot.

The automatic regeneration process typically happens with little fanfare. The driver may be totally unaware it is occurring. But if it doesn’t happen normally (engines that idle a long time or operate at low power levels won’t be able to successfully perform a regeneration resulting in high soot accumulation and DTC’s), then you need to force regeneration via a manual “Service Regeneration.”

Failure to keep the DPF system happy may result in traveling so slow that children on tricycles are passing you.

Diesel exhaust aftertreatment systems have been a reality for more than a decade. With the information above and vehicle-specific procedures contained in ALLDATA’s OEM-level service information, you’ll be well on your way to servicing today’s diesel cars and trucks.