Problem: The Acadia was originally brought in for an engine run-on concern. The engine would not shut off, even with the key removed from the ignition. No diagnostic trouble codes.

Case Details: Initial checks revealed that removing the airbag fuse (10A) would allow the engine to shut off but a 352mA parasitic draw was present. Despite the airbag fuse being removed to allow the engine to shut off, even unplugging the sensing diagnostic module (SDM) did not have any impact on the parasitic draw. The technician noticed that there were signs of water intrusion on the carpets.

The technician performed the diagnosis as advised and found the power to the SDM passed through the I/P fuse block. A closer inspection revealed a massive amount of corrosion in the connectors and the fuse block.

Confirmed Repair: The technician replaced the instrument panel fuse block and cleaned all connections. After the repairs, the engine shut off with the key again, and the parasitic draw was gone. Fixed! 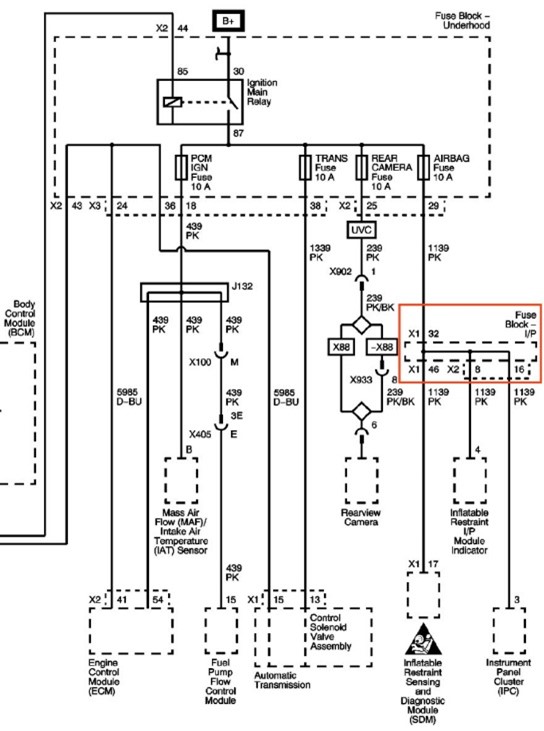