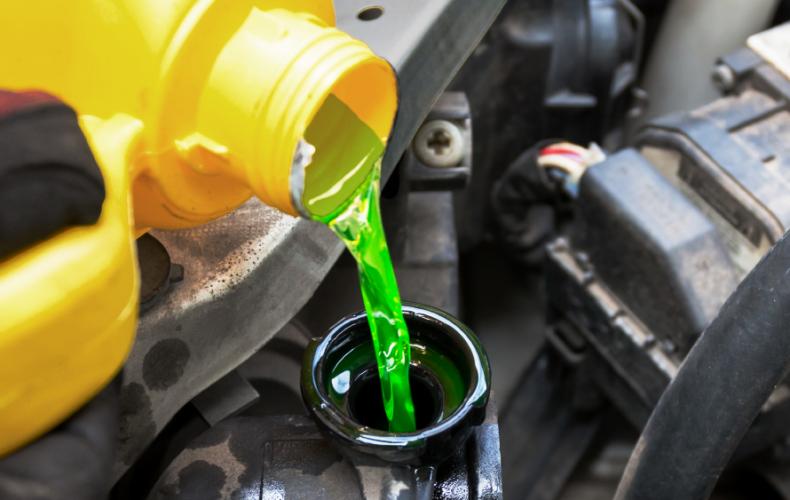 There are just 2 things you need to remember about an automotive cooling system. Never mind, there are only 3 things you must remember regarding cooling systems. Wait, there are just 4 fundamentals to be concerned about… Okay, who am I fooling? There’s a lot to consider when it comes to controlling the heat produced by an internal combustion engine. So, let’s get started.

Heat is a natural byproduct of combustion and friction

75% of every gallon of gas consumed is converted to heat energy, and that heat must be collected and transferred away from vehicle components. Controlling and releasing the heat is a job shared by the cooling system, lubrication system, fuel mixture, and even the exhaust system. Careful management of all these systems is critical for heat control, but in this article we’re going to focus primarily on the liquid cooling system.

Energy cannot be destroyed; it only can be converted from one form to another. While engines convert this chemical energy into many other forms, it’s

Heat is not the enemy

Too much or too little heat – that’s the enemy. For most cars built in the last twenty-five years, the normal engine coolant operating temperatures range from 195˚F/91˚C to 225˚F/107˚C. The acceptable temperature range has increased over the last few decades as engineers try to squeeze more efficiency out of today’s vehicles.

Internal combustion engines produce water vapor during normal operation, and some of that vapor will find its way to the oil. The cooling system temperature must be as close to boiling as possible in order to raise the oil temperature to the point that the moisture evaporates. If the oil is too cool, the moisture collects, becomes acidic, and damages internal components. Low coolant temperatures lead to sludge, reduced engine efficiency, and some emissions components may not work properly at low temperatures.

Remember, the modern cooling system is NOT water cooled – it is liquid cooled. That liquid, coolant, is a precisely engineered critical component of the cooling system.

If the engine runs too hot, the engine oil may thin to the point of offering little lubrication. Aluminum parts may warp, plastic parts may melt. Gaskets may fail. Even exhaust components may suffer due to overheating; manifolds and catalytic converters are at risk of expensive damage.

Much of the heat will concentrate in the cylinder heads. A properly designed and maintained cooling system will keep the heads hot enough to maintain fuel economy and proper emission levels while keeping head temperatures low enough to prevent detonation and other engine damaging conditions.

To achieve greater efficiency, engines run hotter now than 30 years ago. Getting the engine hotter raises oil temperatures which reduces friction; this can improve fuel economy by up to 10 percent.

But, failure to prevent the coolant temperatures from getting too hot will increase oxides of nitrogen (NOx) under higher loads.

The origin of automotive cooling systems

Early cooling systems were often air-cooled; this system remains in use today in piston engine aircraft, most landscaping equipment, and the venerable VW Beetles of days past. The first liquid cooling systems didn’t have water pumps; the thermosyphon effect would circulate the hot fluid into the radiator where it released its heat to the surrounding air. The fluid, now cooler, sank to the bottom of the radiator and was pulled into the engine by the syphoning action.

Water pumps were eventually added to improve cooling performance and, in 1922, thermostats appeared. They enabled the engine to warm up faster, gain efficiency and longevity, and keep operating temperatures more consistent. This also fostered the eventual addition of heaters which made it possible to drive in North Dakota most of the year. 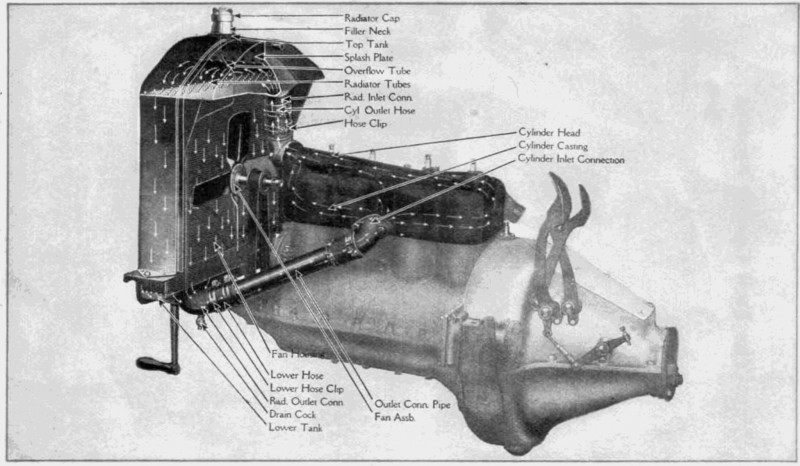 Starting in the 1950’s, pressurized liquid cooling systems were developed to minimize boil-overs. Today’s cooling systems are pressurized to approximately 14.5 psi to 21 psi/1.0 bar to 1.5 bar. This raised the boiling point of the cooling system beyond that of the typical coolant’s 225˚F/107˚C to well over 260˚F/127˚C. This is important because vigorously boiling fluids do not transfer heat well. This also explains the danger of removing the cap from a hot cooling system. The release of pressure may cause the fluid to immediately begin to boil with extreme force as the lowered pressure also lowers the boiling point.

You may think that water and green coolant made your favorite color and if it was good enough for the 1965 Mustang, it is good enough for you. Remember, the modern cooling system is NOT water cooled – it is liquid cooled. That liquid, coolant, is a precisely engineered critical component of the cooling system. There is no OEM recommended universal coolant. The only recommended coolant for anything built in the last 25 years is OEM-specific coolant. 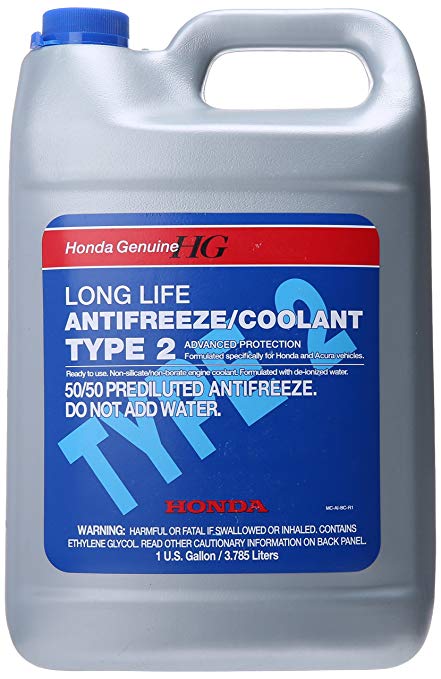 All the major coolant formulas that are OEM-approved contain Ethylene Glycol. Where they differ is the other chemicals that are added. Different engines built of different materials require different additive packages. The additives are designed to address specific requirements for corrosion protection, cavitation protection, electrolysis reduction and protection of the plastics used by that OEM. One coolant that is a good fit for one manufacturer’s vehicles could cause severe damage in another manufacturer’s cars and trucks. Damage may include metal erosion, plastic parts cracking, and localized overheating leading to gasket and water pump failure.

Significant damage can also occur from mixing different brands of coolants. The additives may congeal and form a jelly that will not allow the coolant to circulate which will cause overheating.

Don’t think you can go by color, either.

And, while I am further stirring controversy, let me say that the only way to ensure that the coolant is totally appropriate for the application is to use pre-diluted products. Using distilled water or tap water to “mix your own blend” is no guarantee that the final outcome will be proper. Running too high or too low a coolant concentration can damage expensive engine components. Chemical reactions with the water you use can alter the characteristics of the coolant. Use only pre-diluted products that are OEM specific.

A few words on DEX-COOL: if the OEM recommends it, use it. Many of the “issues” drivers experienced with DEX-COOL were due to pH below 7.0, which was caused by air infiltration into the cooling system that created acidic coolant. Maintenance, or lack of, was the cause of the problems, not DEX-COOL itself.

Think of coolant the same way you think of any other critical automotive component: only use the proper part for the application.

We have covered the fundamentals

Although we could go further in depth on the science behind the automotive cooling system (hundreds of technical papers have been written on the subject), we have covered the basics and hopefully given you some food for thought.

We will cover the damage that can occur from improper service procedures. You’ll also get some tips on servicing today’s cooling systems.